Today the Olympic torch finishes up its journey with the lighting of the cauldron in the main stadium. Many worthy people have carried it on its journey, some of whom I have mentioned along the way. Some fellow patients slipped under the radar on this blog as their conditions were not mentioned online. But whatever the reasons for a torchbearer being nominated, it is always glorious to see such wonderful examples of our fellow humans doing good, and shining some light upon the world. (In the case of the torch, I guess that’s quite literally shining light, too)! They lift our hearts and make the world a more beautiful place.

One fellow patient who slipped under my radar was Nicola Blythe, who carried the torch in Carrickfergus in Northern Ireland on the 3rd June. (Yes, Nicola, you do not escape a mention, tee hee 😉 ) A lovely friend of Nicola’s told me of her inspirational qualities which led her to be nominated to be part of the Olympic proceedings. Volunteering as a co-ordinator to enable disabled individuals of all ages to get sailing, Nicola is a crucial and hard-working member of the team. So much so that the nomination came from the Honourary Secretary of Belfast Lough Sailability, which made me grin even more. Fantastic stuff from a fellow CRPS patient who first and foremost is themselves rather than a condition, and who also chooses to help others have some fabulous experiences. 😀

After all that relay jogging around the UK we await the opening ceremony with mixed excitement and intrigue. After all… countryside animals, fake rain clouds (in case it doesn’t actually rain), pseudo music festivals and a hoard of NHS nurses does sound rather intriguing!

Huge cheer to all of the torchbearers, I am glad that you got to participate and create some amazing memories. And also much love and big hugs to all of those out there who were not able to get involved, but who are shining lights in the world where ever you happen to be, xx

Today Wendy Morrell carries the Olympic torch along part of its journey through Weymouth on the south coast of England.

Wendy has had CRPS since her youth and has been a shining example of inspiring patients with her determination to still enjoy life, even competing in archery tournaments at a national level.

Of course we never know what is around the corner in life, and sometimes things come straight out of left field. Wendy was training for the Barcelona Paralympics when she was hit in the head by a discus. The impact resulted in brain injury and epilepsy in addition to the pre-existing CRPS. After rehab’ she found that her concentration and short-term memory had been significantly affected and as a result her way of life had to be adjusted accordingly.

But, as I say, we never know what is around the corner and surprises can also be blummin’ lovely. A new lease of life was brought her way in the form of doggy help and companionship courtesy of ‘Dogs for the Disabled’ based in Oxford in the south of England. Her first dog, Caesar, enabled her to live life more independently again, and her current companion, Udo, will be by her side as she carries the torch today.

Wendy does wonderful work travelling the world speaking at conferences to help improve the lives of individuals with disabilities. She has also been an advisor to the London Organising Committee of the Olympic Games. She is an inspiration and an absolute trooper through all that life has thrown at her. I hope she has a fabulous day today and creates some more lovely memories to carry around the world with her.

Love to all you amazing, shining people out there, x

One thing that many of us CRPS patients find hard is when we meet or hear about someone much younger than us having to live with the disease. I have spoken to a few teenagers with CRPS online and, oh-my, they are astounding! The positivity and energy they bring to living their lives despite the disease is admirable beyond description. Many of us talk about things we’ve done and inevitably end the story with “…but that was before I had CRPS, of course.” So to think of having even less time before the condition became a part of our daily lives, less time before we had to find out how strong we really could be. Our hearts go out to all of our fellow patients, but something extra goes ‘twang’ in our hearts for our young fellow patients.

George Coppen is one of the people selected to carry the Olympic torch further on its journey around the UK today. He is a shining example of the strength and determination that teenagers amaze us with. He achieves fantastic involvement in life and sports despite the CRPS pain in his legs.

Rather than give in to the pain, George is an inspiration in his involvement in sports, getting involved in any way he can. He referees the occasional basketball game, competes year after year in the World Dwarf Games, having also competed in the National Games held by the Dwarf Sports Association UK (DSAuk) since he was pre-school age, and he is pretty darn good at… wheelchair slaloming. Yep, you read that right! I had trouble even functioning in a wheelchair (pathetic girl-arms was my excuse) and I never even had the courage to try ickle wheelies in it, so … slaloms?… Crikey!

Hats off to George 🙂

He also encourages others, which is what makes me grin all the more. That’s one remarkable young man, for sure.

So today, look out for him in Derby if you’re nearby, and cheer him on from afar if you’re not. Coz there’s a fellow patient out there, carrying the torch despite the pains it will cause him. I hope he has a fab’ day and that gets to grin every time he remembers it. He deserves to be a part of this year’s Olympic events, and I’m sure you’ll join me in cheering him on from here, too. 😀

As the Olympics draw ever closer, so the torchbearers are making their way around the country as we build up to the big event. Torchbearers have been nominated by others, often for their work raising money for charity, raising awareness, helping others and sometimes fighting conditions of their own.

Yesterday, Hannah Cassidy was one of the Olympic torchbearers in Wallasey, Merseyside. Hannah has spent the last couple of years raising money for her nephew, George, who is nearly two years old.  He has been hospitalised for most of his life and only got to go home recently.The doctors now suspect that George has Dysautonomia and that it is affecting his central nervous system. Not only has Hannah raised money to help her nephew, but she would also like to raise money for Great Ormond Street hospital as a thank-you for saving the life of young George. I hope she enjoyed her very well-deserved part of the relay team yesterday 🙂

When I searched for torchbearers with dysautonomia and autonomic dysfunction before the relay began, Hannah Cassidy was the only person I found in my search. But, not unlike dysautonomia itself, she was a less rare type of relayer than it first seemed…

Lucy Fellows has Postural OrthostaticTachycardia Syndrome (POTS, a form of dysautonomia) and also carried the torch on the 24th May in Ludlow, Shropshire. I saw her brilliant torchbearing on a You Tube link that a fellow dys’ patient had posted, and I cheered her on as I sat stranded on the sofa after my physio’. It must have taken a lot out of her to jog and walk as far as she did with the POTsy symptoms of near-fainting, nausea and more. Very admirable work there, Lucy, well done hon’, you were being cheered on by fellow dysautonomia patients around the world.

Huge hug and a big grin to both of these fabulous ladies, x

Today the Olympic torch started it’s journey from Lands End in Cornwall on the most South West tip of the UK. Many torchbearers will take their turn at carrying it a little further on it’s journey all around the country. All have been nominated for reasons of strength either in their own illness, or in selfless giving to a cause or community. 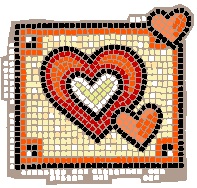 Here are three of the people bearing the torch today…

Kenneth Johnson will carry the torch through St Austell. He has raised lots of money for a project on MS after one of his children’s teachers had to give up work as a result of the condition.

Sophia Cowburn will be carrying the torch through Liskeard. At the young age of 18 she has not only had to cope with her twin brother’s suicide as a result of depression, but she has started a charity and been doing lots of fundraising as a result. All whilst studying for a degree and holding down two jobs, as well. She has been described as ‘a truly inspirational teenager’, and deservedly so.

Carrying the torch through Plymouth is Chris Theobold, who not only has ME, but is also a carer for his wife and a volunteer for the Association for Young People with ME.

All three torchbearers include a focus on sports either for fundraising or health reasons. I hope that everyone enjoys their experience today, and a big cheer to all those fabulously strong inspirational people that we each know all around the world.